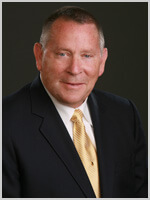 Kevin Faherty
President and CEO of NBBI – Kevin is also the past president of the Group Insurance Association of New York and past president of the Mutually Preferred PPO network in New Jersey, a subsidiary of Mutual of Omaha. Kevin has spent 39 years in the group health insurance business.Kevin spent 17 years as the manager of underwriting for group life and health in New York for the CNA Insurance Company. Kevin also has 14 years as the Senior Regional Manager for the Mutual of Omaha companies responsible for all group marketing and profitability of group life and health business in New York, New Jersey, Connecticut and Pennsylvania. 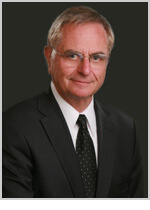 Barry Forester
Executive Vice President – Barry is head of operations for NBBI. In this capacity, he oversees the day-to-day operations of the company. Barry has had extensive management experience and is licensed in the states of New York, New Jersey and Florida for the life and health disciplines. 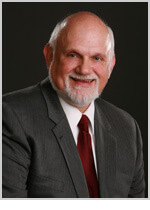 Raymond J. Marszalowicz
Senior Vice President Information Systems and CFO – Ray is a computer consultant who joined the company as its information officer in January of 2001. Ray developed the first bridal registry system used by department stores such as JC Penney’s, Macy’s, Fortunoff’s and Abraham & Strauss.Ray also taught computer science at Rutgers University for 5 years. He has been a systems consultant to Honeywell International, the W.R. Berkeley Corporation, as well as the Rockefeller, Harriman and other family organizations. 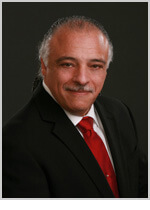 Michael Attardo
Senior Vice President Operations – A dedicated entrepreneur and leader, Michael has over forty years work experience in retail and sales management. In 1975, he received his A.A. in business and accounting from Kingsborough Community College, then attended Baruch College and Pace University.Michael has owned and run some very successful businesses in the bridal and real estate business. After seventeen years of running successful businesses, Michael changed careers and found himself at a successful discount card company. Working there for eleven years, Michael gained new insight into the world of discount benefit plans. As a supervising manager, he helped to erect and develop new plan networks throughout New York and New Jersey, and also expanded many of the products and services offered.
Michael joined NBBI in 2008, and has since used his entrepreneurial and sales background to help drive the company’s growth. Michael has previously served on the Board of Trustees for the Staten Island YMCA, and was voted YMCA Man of the Year in 1989. 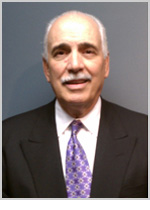 Mario T. Catalano DDS, MAGD, FACD.
Director of Provider Relations – Dr. Catalano is the Director of Provider Relations for NBBI since it’s inception. Previously, he served as the dental director of Qualident Inc. His professional credits include being the past president of the New York State Dental Association and the Chairman of the American Dental Association Political Action Committee. He holds a BA in history from the SUNY at Buffalo and a DDS from the SUNY Buffalo School of Dental Medicine. He has consulted with a number of dental malpractice carriers and frequently lectures on risk management and practice management. He is the president of Catalano, Leifer and Bruno DDS PC, a large multispecialty dental practice in Catskill NY. He also maintains a Property and Casualty Brokers license in New York and Illinois. 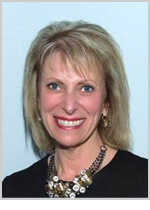 Joanne Filardo
Senior VP Sales & Marketing – Joanne has worked in the sales, marketing and management departments for large insurance companies, third party administrators and was an independent business owner over the past 30 years. She joined NBBI in January 2014 to apply these skills by working together with all our departments to maintain NBBI as a leader in the Discount Benefit Market Place.

Managing the Sales, Service and Design groups as one team, Joanne has created sales opportunities for NBBI products through Broker and other Marketing Companies as well as identified and developed new products and programs such as MedAfford Global and EBG Medical which assist in increasing market exposure and income for NBBI ADC/CAP Reps and Brokers as well as assisting Broker/Consultant partners in providing value programs for their clients.

Maintaining and expanding the product portfolio of NBBI has always been one of her top priorities, and to this end, she has completely revamped the NBBI Social Media and Design Departments, creating weekly newsletters, websites, Ad campaigns and a soon to launch Discount Benefit Mobile App.